I didn't post yesterday because I didn't have pics ready to go. So this post will include yesterday.

Yesterday I sanded and put a final coat on the master bedroom: 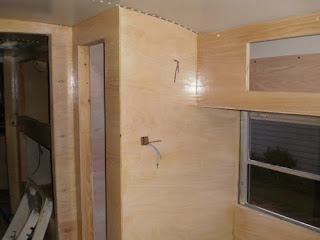 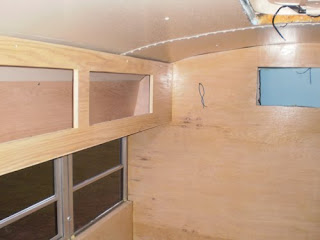 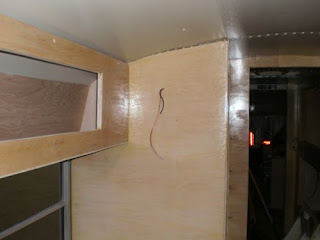 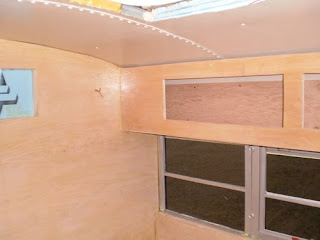 To be honest I hated the first coat. First problem: The varnish we got is a super heavy duty marine grade varnish. That part is ok. It is also semi gloss, we wanted a satin finish. I didn't want to go back to Lowe's so i decided to go with it. I applied it with a lambs wool applicator. DON'T DO THAT! The varnish is dark to begin with and as it dried it left darker spots where it went on thick. On the second coat I used a brush and it turned out better.

I also did a coat in the bunk room with the brush and it looks nice. 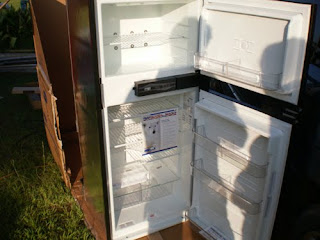 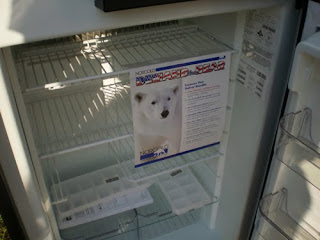 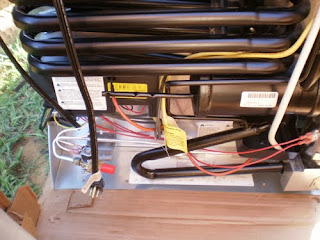 After receiving the shipment yesterday I started on the refrigerator opening.

Today I picked up where I left off. I pushed the opening as far to the ceiling as I could get it. At the same time I wanted to make sure that the back of the fridge would not hit the ceiling.

Space is tight but here is a pic: 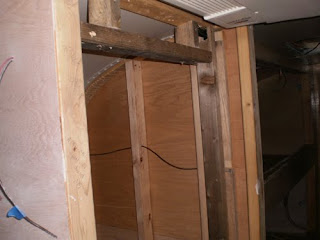 After the opening was framed to the proper width I had some wires to re arrange and here's why.

I cut out my furring strip and moved it up: 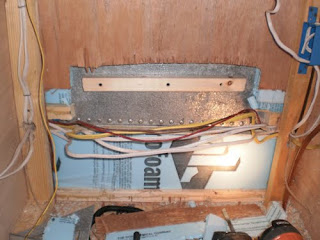 Then with a little difficulty and wire stretching I moved the wires up over the furring strip: 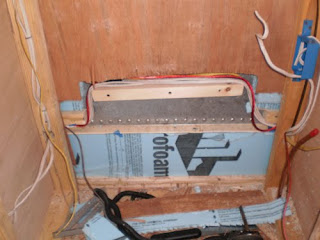 After this was done I built my fridge platform: 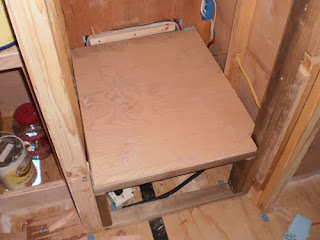