I have had enough of this heat so I decided today was the day to install the Carrier 15,000 BTU roof mount A/C unit. We found this unit on ebay for $325.00. I think that was a steal. It is 2 years old but had never been used.

We started by marking the location of the unit on the ceiling. After doing this we drilled 4 pilot holes. 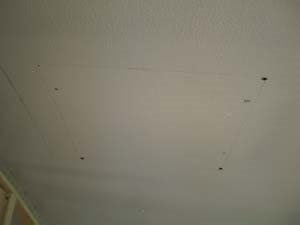 Next was the cut out. I used my cheap, single speed jig saw for this. This jigsaw has actually been great over the years I have had it. 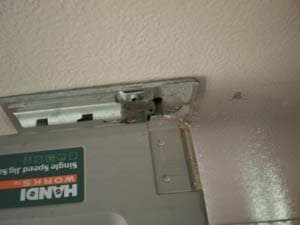 We cut the ceiling out first, then I went on the roof and cut it out. 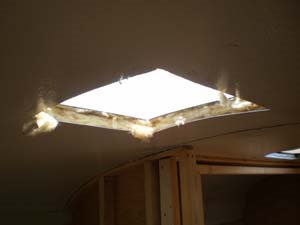 The air intake on these units draw from anything surrounding it, so I had to figure out a way to seal off the insulation so it would not blow fiberglass all over the bus. I also needed to give the roof metal and the ceiling metal some stability (There is only insulation in-between these two metals unless there happens to be a support beam) so it would not give when the unit is sitting on top of it.

For stability I cut two strips of construction foam and stacked them and then inserted them in between the two metals. I did this around the entire opening. This gave me the strength I needed. 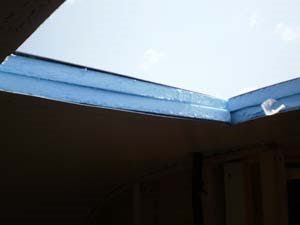 I went ahead and cut a hole in the ceiling to run wire that will bring power to the unit. I made sure that the hole was directly over where we will eventually build a wall. That way I can hide the wire in the wall. 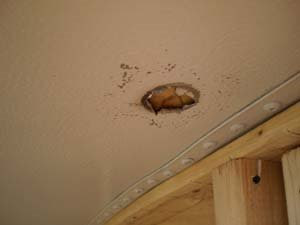 Not the best looking hole but I cleaned it up a bit.

Next I ran the wire. 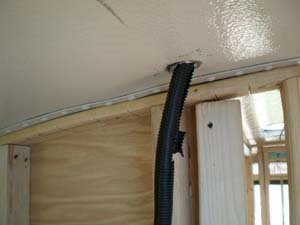 Then I ran the wire through the ceiling over to the A/C opening. 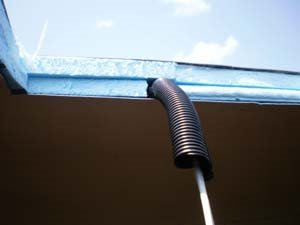 Next I took my good ol' window flashing and wrapped the opening to make a good seal so that no insulation would be able to be pulled through the air intake. 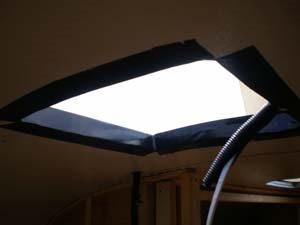 Now to install the roof unit. The only thing the unit did not include was the main 14"x14" seal that attaches to the A/C unit it's self and sits in-between the unit and the roof around the opening. We ordered a new seal off ebay for around $20 (Shipping Included). I attached that to the unit and then hoisted the unit up through an emergency exit hatch. Then I placed the unit over the opening. Next we made sure it was positioned right. We connected the interior unit to the roof unit. We also connected the power wire to the unit.

Here is the inside before the cover piece is on it. 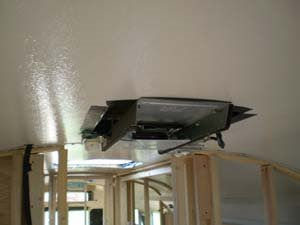 Here is the outside unit installed. 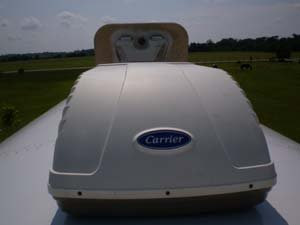 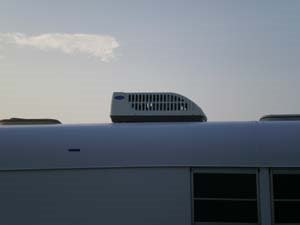 Here is the inside unit done: 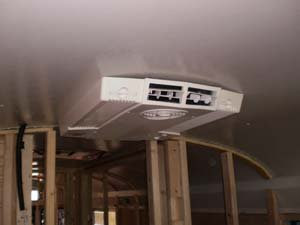 I just had to test it so I ran a wire to the house and powered it up. Let's just say I left in on all day while working on the bunks.

We were able to get some paneling up on the new bunks. 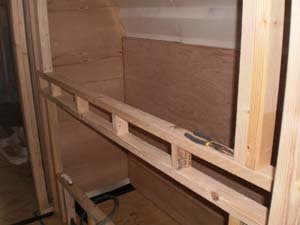 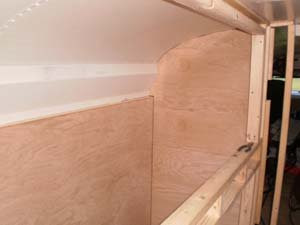 Later this evening we went out and installed a few electrical boxes. 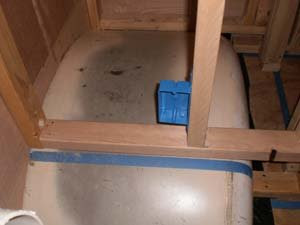 These will be powered by a Magnum ME Series 2012 Inverter / Charger that should be arriving shortly. 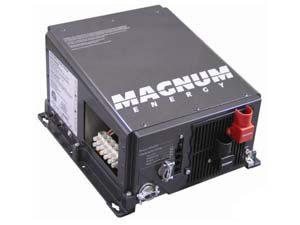 These sell online for around : $1000.00. We found one on ebay that had never been used for $450.00 and it comes with the remote. As far as I know these are supposed to be good inverters.