Today was a slow but productive day. Running plumbing with almost no space is not easy. You have to really plan out each piece before putting on the glue.


This is the stub outs I put in yesterday coming up into the shower wall. 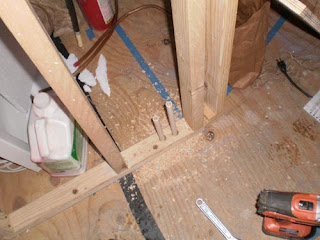 I put elbows aiming lift on these two pipes. (from pic above).

I then ran the pipe through the stud to the left (seen in pic above) and immediately where it comes out of the stud on the other side I put a T in each pipe so I can bring a water line up to the shower.

Next, I focused on getting the pipe in the next wall. I am not even sure how I got these in the wall. The wall to the left is the shower wall. 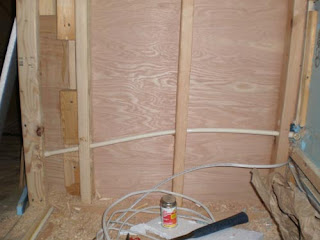 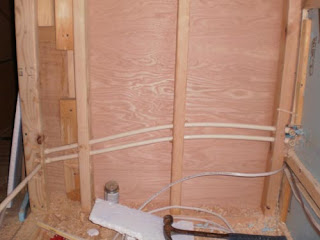 In the left of this pic you can see the hot and cold T for the shower. 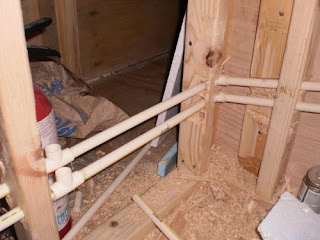 This is now on the drivers side of the bus with the elbows aiming towards the front. 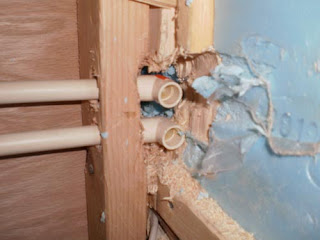 Here is the pipe in place on the drivers side wall. 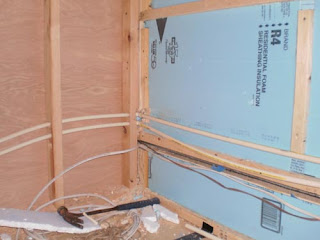 I was actually able to feed the pipe into the wall that was already covered up and come in right behind the sink. 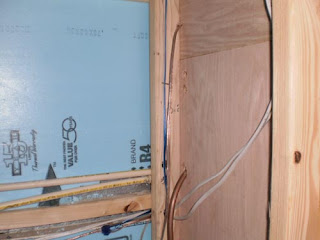 It would take to long to discribe how I was able to do this but it worked out really well. 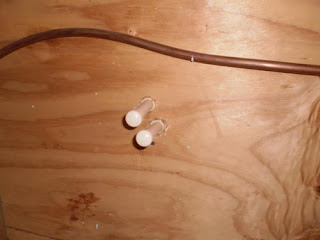