Good Family at the National Museum of Naval Aviation 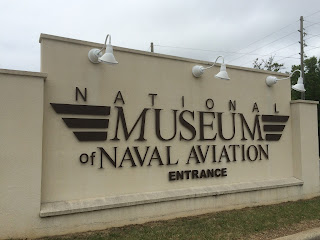 On Tuesday, Julie and I took the kids to the Pensacola Naval Air Museum located in Pensacola, Florida.  With much excitement and anticipation we arrived around 10 am.

After parking we walked to the air strip located behind the museum.

The Blue Angels, who preform numerous shows each year were schedualed to do a practice show starting around 11:30 am.  That gave us some time to look around at the numerous aircraft that were sitting just off the runway.


The children had great fun viewing all the aircraft that was parked on the flight deck.  The original Fat Albert was there and we were thrilled to explore the inside of this famous stunt aircraft. 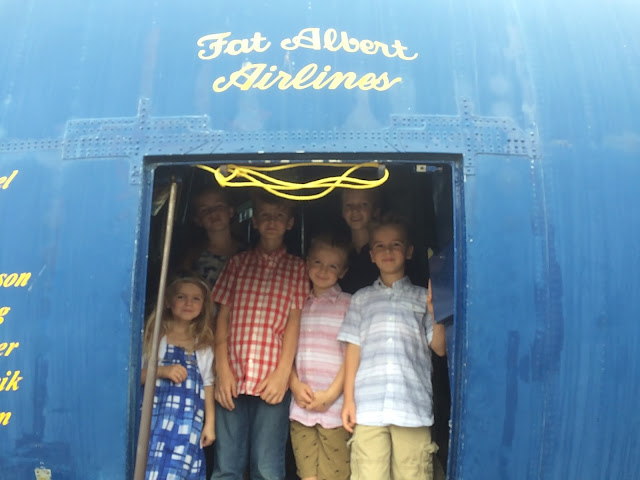 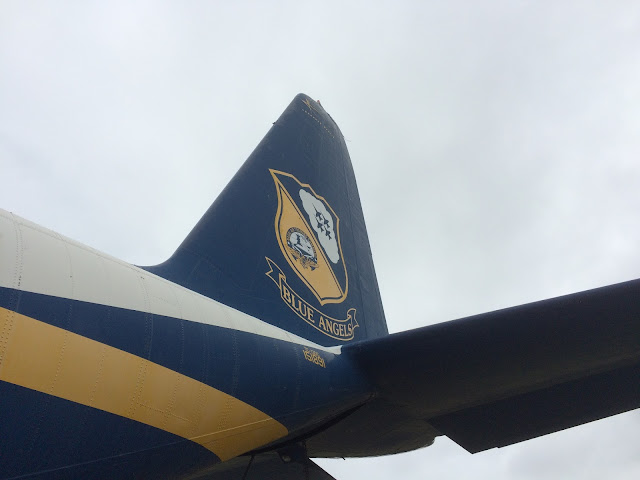 At 11:30 the Blue Angles taxied down the runway and with a deafening sound the F-18 jet engines propelled the Blue's into the sky.  We were happy that we remembered to bring ear protection. 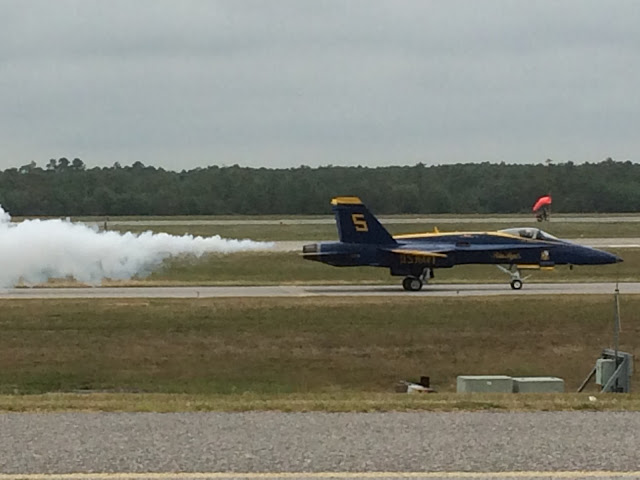 It was amazing watching how cordinated the pilots were.  In some manuvers they are able to fly within 18" of each other.  Incredible!  A friend of our family is an ex Blue Angel pilot.  He said the term "trading paint" was a very real one for the Blue Angels.  They fly so close, at times they will bump into each other.  At one point during the show one of the Blues flying 50 feet above the ground whizzed by us at a speed of 700 MPH, just below MACH 1.  They can reach speeds of up to 1400 MPH.  The Blue Angels show is a must see. 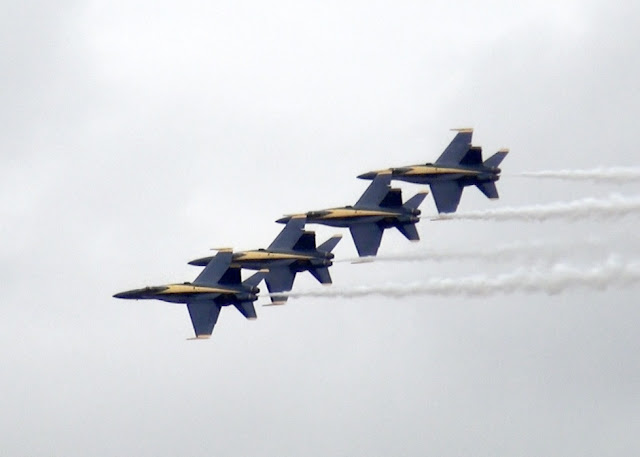 After watching the Blues, we walked back up toward the museum.  The anchor pictured below came from the Aircraft Carrier USS Antietam.


We saw this trolly and were instantly reminded of our beloved Good News Bus.  We just had to get a picture of the family in front of it. 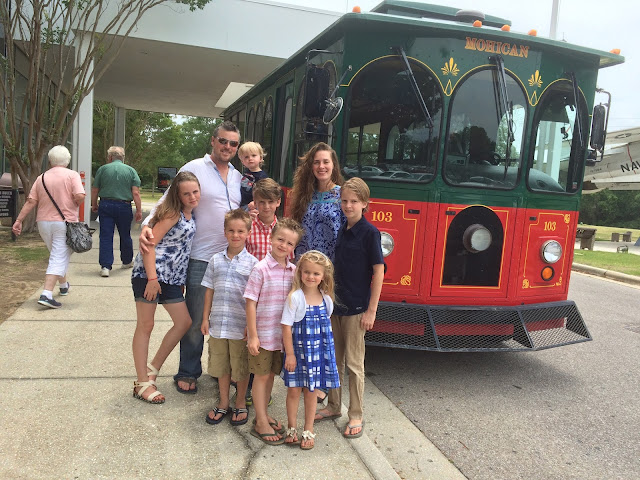 Once inside the museum we had an amazing time seeing the massive collection of exhibited aircraft.

The National Naval Aviation Museum features over 150 beautifully restored aircraft, including rare and one-of-a-kind flying machines such as the NC-4 (first to cross the Atlantic by air), SBD Dauntless Bureau Number 2106 (a veteran of the Battle of Midway), the Que Sera Sera (first aircraft to land at the South Pole), the last combat F-14D Tomcat, and much, much more. 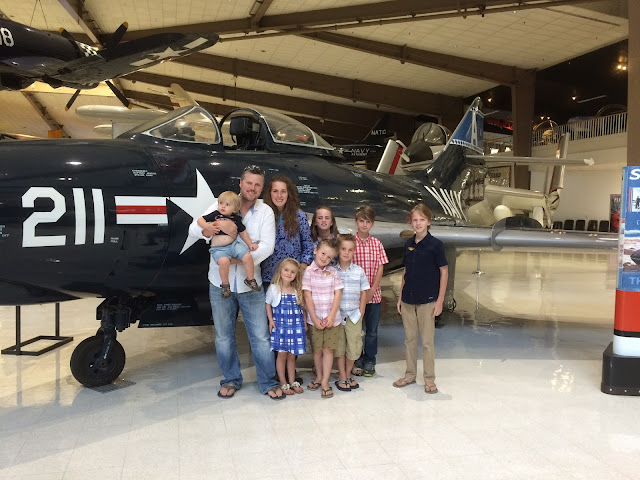 Here is Isaiah admiring a cut away view of a jet engine. 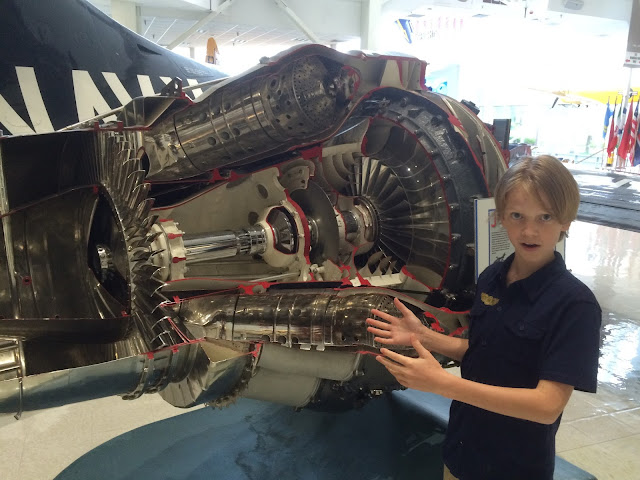 The museum had a mock up of an aircraft carrier with a deck gun that actually rotates with the turn of a wheel.  The kids had fun giving it a try. 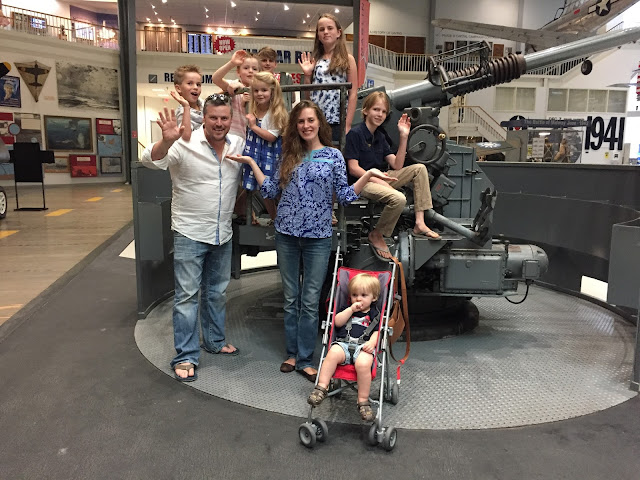 In the briefing room I took on the character of the commanding officer and gave instructions for the upcoming attack. 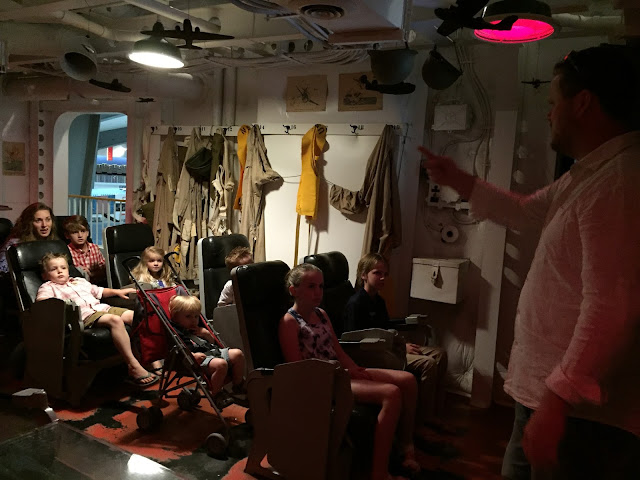 This is a Japanese Zero.


This is Julie and I in a 1940's mock up town inside the museum.  It was so well put together that you felt transported back in time.  There is a grocery store, Gas station, Barbershop, Restaurant, Box Office and even a 1940's house that you can walk through. 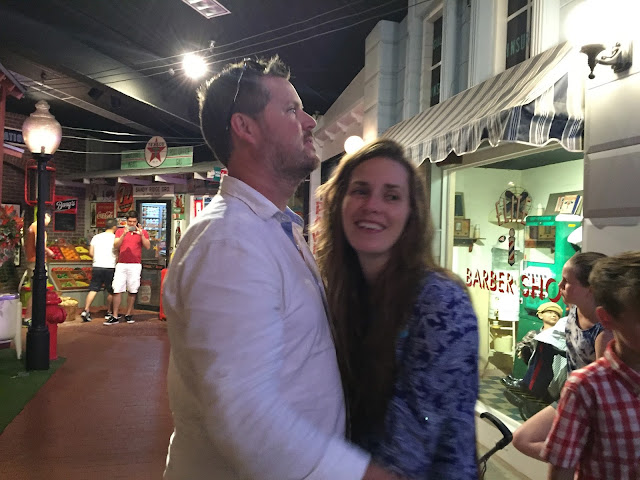 Here are some great panoramic pictures of the museum.  Click on them for a larger image. 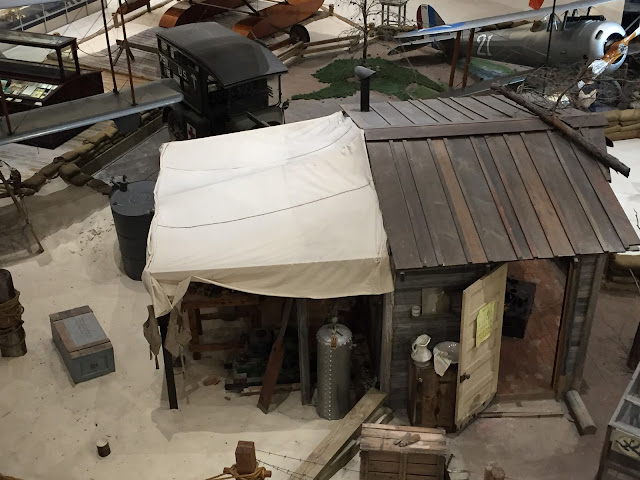 Seth, Kiera and all the other children had a great time playing in the aircraft cockpits. 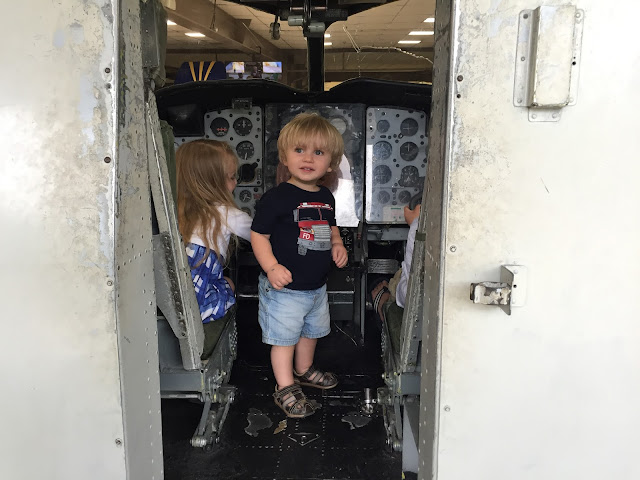 They even had a Blue Angel cockpit for the kids to play in. 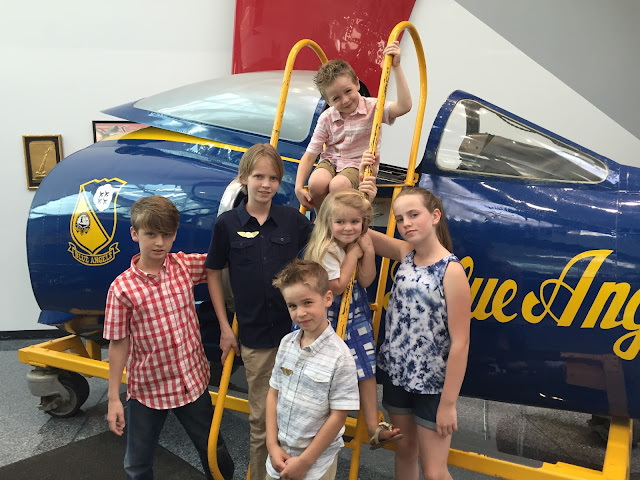 We all had a great time at the air museum.  If you are ever in Pensacola, Florida be sure to check it out.  It is well worth the visit.
on May 20, 2016